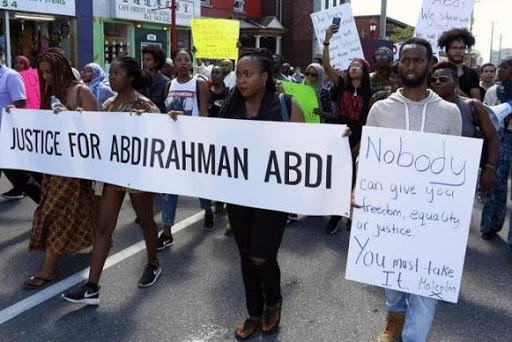 Four years ago, a Canadian officer beat up a Black man with knuckle-plated gloves, but he is not convicted.

Tracey Owens, the owner of an Ottawa coffee shop, stated that she received complaints that Abdirahman Abdi was harassing her customers and hence, she called the cops. The customers restrained the Black man and carried him out before the police came. When they did come, they took Abdi to his apartment building and assaulted him, as his family tried to tell them that he dealt with mental health issues. While Officer Daniel Montsion punched Abdi with knuckle-plated gloves, Officer Dave Weir hit him with a baton. Abdi hasn’t taken his medication that day and lay in his own blood for ten minutes before he got help. The next day, he passed away because of brain hypoxia.

It’s like anyone with a badge can do whatever they want.