Omari Hardwick and the shadow of GHOST 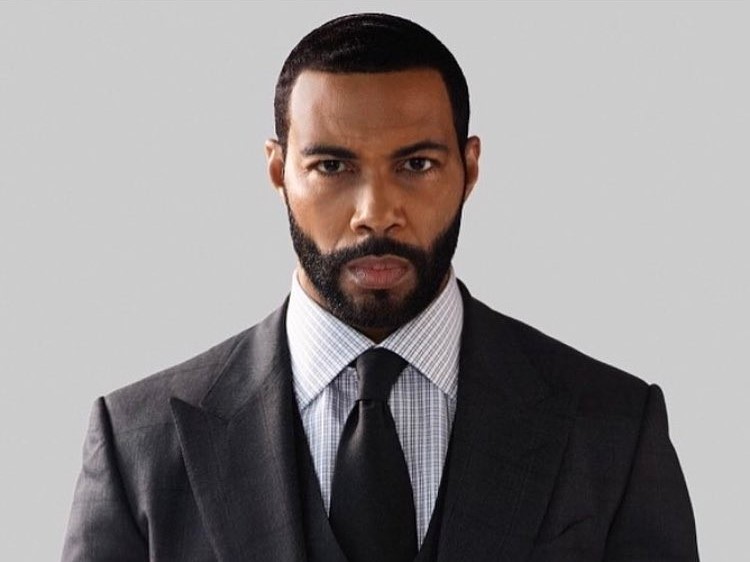 It’s my last night at the “W” Hotel on South Beach, and it’s bittersweet at the highest level! I love the Miami weather, food, tropical weather, and most of all, beaches! I think this is where God created the original Garden of Eden. LOL!

These are the opening lyrics to the song “BALLIN” by G-Unit, and this verse represents some of the mental fabric of the hit original tv series “POWER.” I’m sitting on the couch staring at still images of Omari Hardwick, a.k.a. GHOST, and his “eyes” illuminate my suite. His voice reverberates throughout the suite echoing power, sex, control, calculated betrayal, and triumph.

Omari Hardwick follows God’s Plan for his life, and that’s why his character is so polarizing, mesmerizing, addictive, and inspirational for the general public. I’m watching episode “1” of the season “1”, 50 Cent, and Courtney Kemp Agboh created a multi-layered viewing experience that engages everyone from the modest to the hardcore gangsters in our society. Every move GHOST makes is ultra-calculated and intended to further cement his position of power.

It’s opening night at his nightclub “TRUTH,” it’s packed full of people, and his right-hand man Tommy approaches him to provide street justice on someone. This moment’s beauty is these vital points and creates the matchless aura of GHOST and his ability to blend, recreate, and dominate each scene.

GHOST’s genius is that the general audience has no idea what he’s thinking, feeling, or most of all, his next move. GHOST succeeds where most “bad guys” fail in the area of “limitations.” GHOST understands where his power begins and ends in every situation and creates mistake-proof exit strategies to ensure complete exoneration. The emotional intelligence of GHOST provides a chilling and deep introspective into the mind of a “divided soul.” The character of GHOST provides the STARZ network with a lethal competitive advantage over any other show in its lane. GHOST’s natural skillset is immeasurable and allows him to become all things to everyone within his radius.

GHOST manages the perfect balance between commitment and infidelity with Tasha (His Wife) and Angela (His love from High School & Lead attorney on the Drug Task Force pursuing his organization). Naturally, a person’s heart is divided into many pieces, and they eventually identify the pieces that belong. GHOST is always moving parts around in his heart to make the right decision at the moment.

I’m taking my second shot of Black Cherry Effen Vodka, and I’m blaring “I’m The Man” Remix by 50 Cent & Chris Brown in my suite. I turn to Season 2 and watch the episode “Three Moves Ahead,” and my eyes are paralyzed on the scene where Tommy and Lobos enter the Carlton Hotel to conduct business, and the world knows that GHOST is in the hotel. As the moment collapses, Tommy, Lobos, and his partner are captured.

GHOST is not captured, and he re-appears in the adjoining hotel overlooking the chaos and watching Angela call him repeatedly (he switched his number). Again, the writers of POWER position GHOST ideally between anxiety and the unknown. GHOST symmetrically aligns all the personalities, weaknesses, strengths, and temptations of each person in his life. The mentality of GHOST represents the “lion-heart” of every man in America.

Possessing the mental propensity to protect, kill, and administer love towards people are psychotic, unflinching, and fearless characteristics most men desire to develop. The essence & character of GHOST depicts and reflects the culture of mankind in certain aspects. Even when I examine his fashion sense, it literally freezes my mind because he’s flawless in every moment, clean-shaven, and casket sharp. My father told me that the “walk” and “dress” of a man speaks volumes about his confidence, self-purpose, and respect amongst the people in the room.

Omari Hardwick plays the role of a lifetime, creating new boundaries, destroying over-evaluated stereotypes, and showing men of all ethnicities the blueprint in balancing the mind over “POWER.” The role of GHOST is shaking up Hollywood, and respect is something you can only run from for a certain period. POWER is one of the best original television programs, and the people are echoing this message louder each year.

Sometimes in life, your arrival of greatness is disruptive, unapologetic, and incomprehensible. Hollywood has a good problem with the show POWER, and they need to pick the brain of Courtney Kemp Agboh and create another original tv series that challenges consumers’ minds. Until that happens, “THE “THE SHADOW OF GHOST” will hover over Hollywood, and you can never outrun a shadow.

I love this article

Thank you for writing this