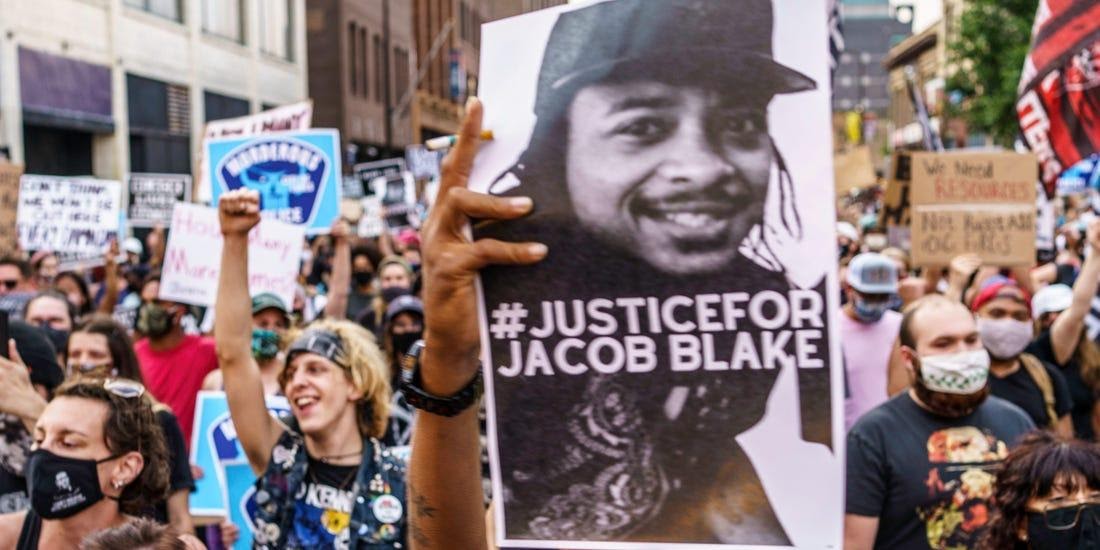 Blake has “eight holes” in his body because of the shooting, his father said

After police shot Jacob Blake in Kenosha, Wisconsin, on Sunday (August 23), he is now paralyzed from the waist down, according to his father. He informed The Chicago Sun-Times that Blake suffered eight gunshot wounds because of the incident. As of now, doctors still are unsure if his paralysis will be permanent.

According to Blake’s father, his son was getting ready to celebrate his own son’s eighth birthday, which was on Sunday (August 23). It was on Tuesday morning that his father drove to the hospital to be with Blake.

“I want to put my hand on my son’s cheek and kiss him on his forehead, and then I’ll be ok,” his father said. “I’ll kiss him with my mask. The first thing I want to do is touch my son.”

On Sunday night (August 23), Blake’s father learned that the police had shot his son who broke up an altercation. Shortly after, he saw graphic video, wherein Blake was seen being shot at multiple times in the back by police, as his young children witnessed this horrific scene from their vehicle.

Previously, it was confirmed by Blake’s fiancée Laquisha Booker that their three children were seated in the car as the police shot him in the back. According to The Sun-Times, a witness overheard the police claiming that Blake was in possession of a knife. However, the supposed knife was not seen by the witness and Wisconsin Governor Tony Evers stated on Monday (Aug 4) that there is no evidence pointing towards Blake possessing a weapon.

According to REVOLT, the National Guard has been deployed to Kenosha upon the instructions of Governor Ever to stop the protests on Monday night (August 24), following two days of curfews throughout the city. Although the demonstrations were peaceful in the evening, The Sun-Times reports that they turned violent after dark

Currently, Blake’s shooting is being investigated by the Wisconsin Department of Justice’s Division of Criminal Investigation.