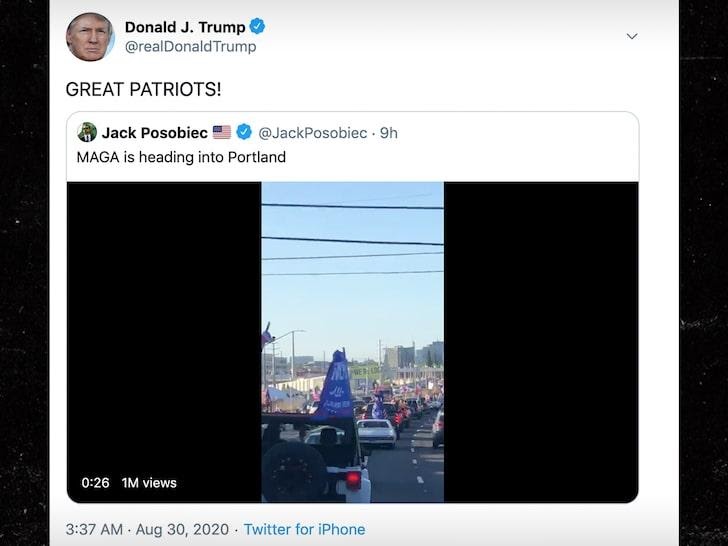 On Saturday night, a man was fatally shot in Portland, as hundreds of supporters of Trump caravaned into the city and conflicted with those protesting Black Lives Matter.

On Saturday, about 600 vehicles drove in to join the MAGA procession, out of which a few people were armed. The two groups entered into clashes almost instantaneously.

In the video, one can hear shots being fired as police find a man who sustained injuries on the street. According to reports, the man was donning a hat that read “Patriot Prayer” … the moniker of a far, right-wing group which is infamous in Portland. It has not been ascertained if the shooter has been identified by the police.

Donald Trump, on the other hand, seems elated that a caravan of his supporters were entering Portland. A few hours after the clashes, he tweeted, “Great patriots.”
A few MAGA supporters also shot pepper spray as well as paintballs at the demonstrators of BLM.

What is scary is the fact that the organizers described the event as “concealed carry.” However, certain MAGA supporters were openly carrying weapons.
It would be even scary to witness what’s going to come as elections inch closer.