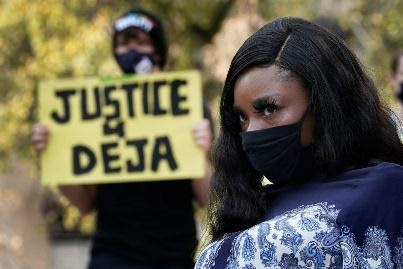 Two weeks after a Kansas City cop knelt on the back of a pregnant Black woman, she gave birth to her baby. Deja Stallings underwent an emergency C-section to deliver her daughter two weeks before schedule. The baby was born displaying elevated heart rate and is in the hospital’s Neonatal Intensive Care Unit.

“Please lift up this newborn baby who is completely innocent!” Shaw wrote on Twitter. “Deja was 9 months pregnant when a KCPD Officer knelt on her back after throwing her to the ground.” Prayers for the newborn were also sought by Shaw, who stated that the baby is in “distress due to KCPD Officer Blayne Newton kneeling” on Stallings’ back. Earlier this month, the video led to citywide protests.

Why would a officer do that? Terrible

No regard for human life.