Robin Thicke’s On Earth, And In Heaven reenergizes R&B in 2021 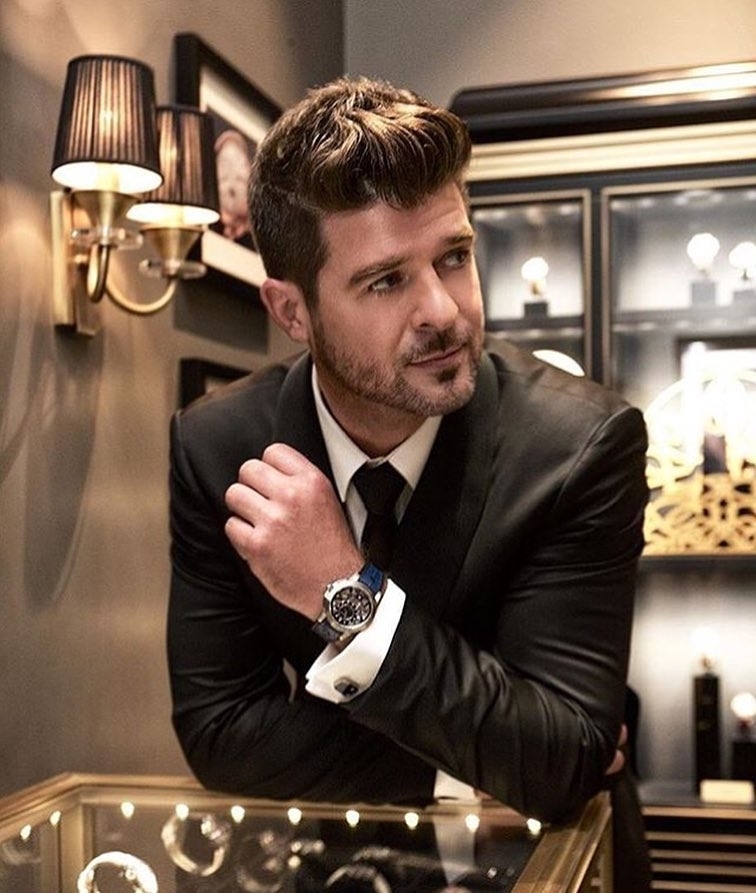 Robin Thicke of Lucky Music/EMPIRE debuted a preview of his critically acclaimed eighth studio album, On Earth and Heaven (2/12), on The Kelly Clarkson Show (3/2).

Thicke wowed audiences around the country with his performance of “Lucky Star,” the album opener and a “vibrant breath of fresh air” (Soul In Stereo). Sitting down digitally with Clarkson, the two discussed Thicke’s nearly seven-year journey to this new music, as well as the vision supporting many of his songs, fatherhood, and the insane bank robbery that inspired “Oh Shooter” from A Beautiful World.

Thicke’s latest album, which he returns to with flair, funk, and his trademark soulful style, is his most transformative, life-altering chapter yet, with every track dedicated to those he loves both here and beyond.

“Ultimately, On Earth, and in Heaven showcases us the same Robin Thicke that we’ve always known, but with an extra level of caring—care for his craft, care for his public persona, care for his family and the things that he’s defined as important to him,” writes American Songwriter of the new music.

Robin Thicke’s music catalog has spawned multiple platinum singles and romantic anthems over the past decade.  Robin Thicke’s angelic voice and soulful lyrics create a signature sound.  Robin Thicke’s impact on R&B music is universally recognized inside the music industry.  Robin Thicke’s music represents his diverse and complex childhood.  Growing up inside a Hollywood household, Robin Thicke was born with stardom inside his bloodline.  Watching his famous dad Alan Thicke on TV laid the foundation for his future success.