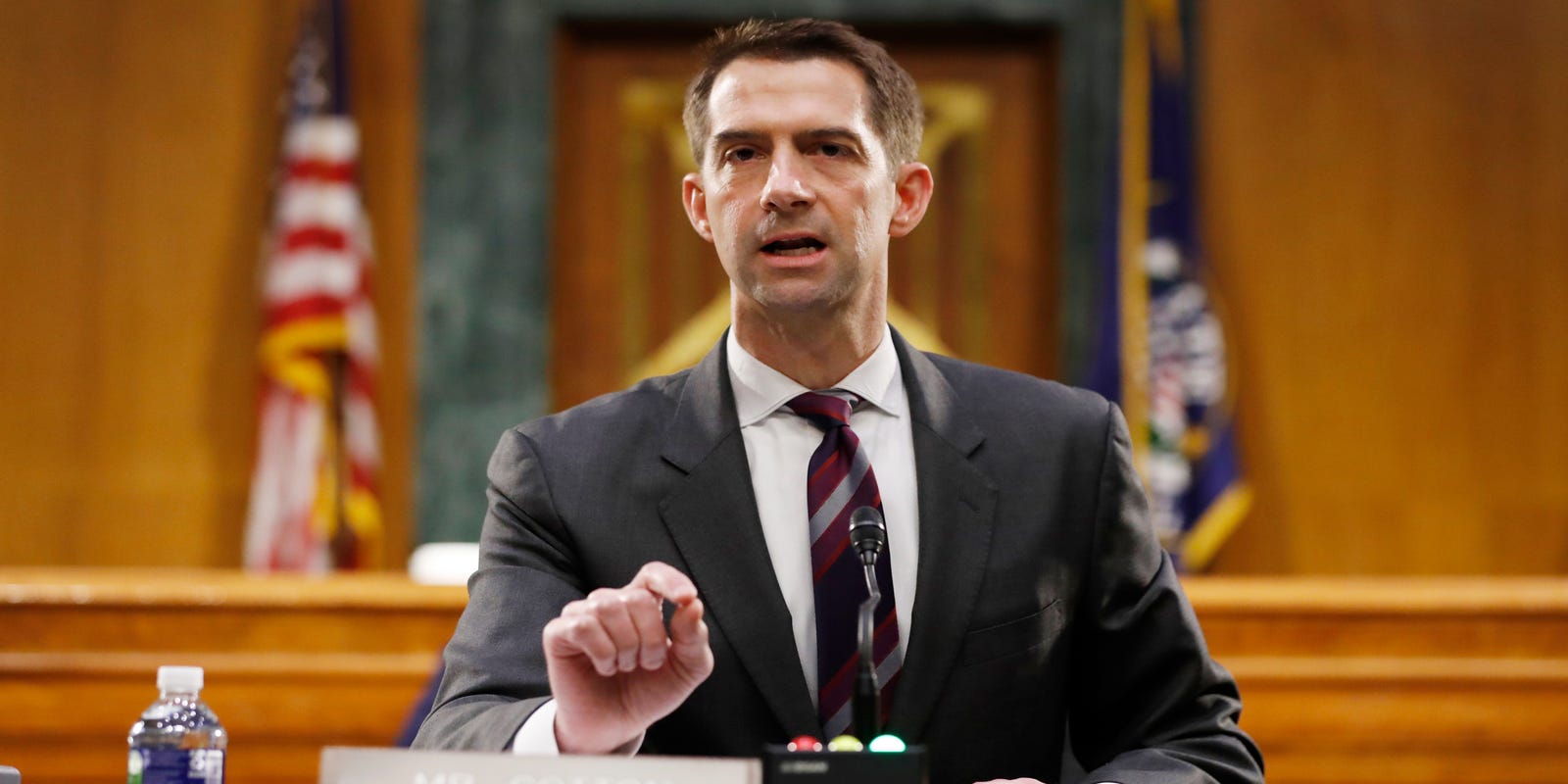 The Arkansas senator said the establishing fathers saw slavery as the “necessary evil whereupon the association was built” while attacking the 1619 Project.

“We have to study the history of slavery and its role and impact on the development of our country because otherwise we can’t understand our country. As the Founding Fathers said, it was the necessary evil upon which the union was built, but the union was built in a way, as Lincoln said, to put slavery on the course to its ultimate extinction,” he told the outlet.

The remarks were made concerning his proposed Saving American History Act of 2020. If it passed into law, the act would monetarily debilitate schools from encouraging the educational curriculum made from The New York Times Magazine’s 1619 Project. The venture — made by correspondent Nikole Hannah-Jones — was created in 2019 with the objective of rethinking the heritage of slavery in the U.S. furthermore, and its continued impact on American life.

“The New York Times should not be teaching American history to our kids,” Cotton said to the Gazette. “The entire premise of the New York Times’ factually, historically flawed 1619 Project… is that America is at root, a systemically racist country to the core and irredeemable. I reject that root and branch. America is a great and noble country founded on the proposition that all mankind is created equal. We have always struggled to live up to that promise, but no country has ever done more to achieve it.”

Whenever passed, school regions that choose to encourage the educational program would no longer fit the bill for government proficient improvement reserves. Government subsidizing would likewise be lessened concerning any “cost associated with teaching the 1619 Project, including in planning time and teaching time.” educating time.”

“It won’t be much money, but even a penny is too much to go to the 1619 Project in our public schools,” Cotton said. “Curriculum is a matter for local decisions and if local left-wing school boards want to fill their children’s heads with anti-American rot, that’s their regrettable choice. But they ought not to benefit from federal tax dollars to teach America’s children to hate America.”

Cotton’s remarks about slavery being a “necessary evil” immediately turned viral on Sunday evening (July 26). On Twitter, the representative endeavored to explain his comments, composing that he had been depicting the perspectives on the founding fathers.

“More lies from the debunked 1619 Project. Describing the *views of the Founders* and how they put the evil institution on a path to extinction, a point frequently made by Lincoln, is not endorsing or justifying slavery,” he wrote. “No surprise that the 1619 Project can’t get facts right.”

In another tweet, Cotton expressed, “This is the definition of fake news. I said that *the Founders viewed slavery as a necessary evil* and described how they put the evil institution on the path to extinction, a point frequently made by Lincoln.”

Hannah-Jones — who won a Pulitzer Prize for the 1619 Project not long ago — reacted to Cotton’s proposed enactment and remarks on Sunday (July 26).

“If chattel slavery — heritable, generational, permanent, race-based slavery where it was legal to rape, torture, and sell human beings for profit — were a ‘necessary evil’ as [Tom Cotton] says, it’s hard to imagine what cannot be justified if it is a means to an end,” she tweeted.

“Imagine thinking a non-divisive curriculum is one that tells black children the buying and selling of their ancestors, the rape, torture, and forced labor of their ancestors for PROFIT, was just a ‘necessary evil’ for the creation of the ‘noblest’ country the world has ever seen,” Hannah-Jones wrote in another tweet.