“Smile” with WizKid and H.E.R. in new visual 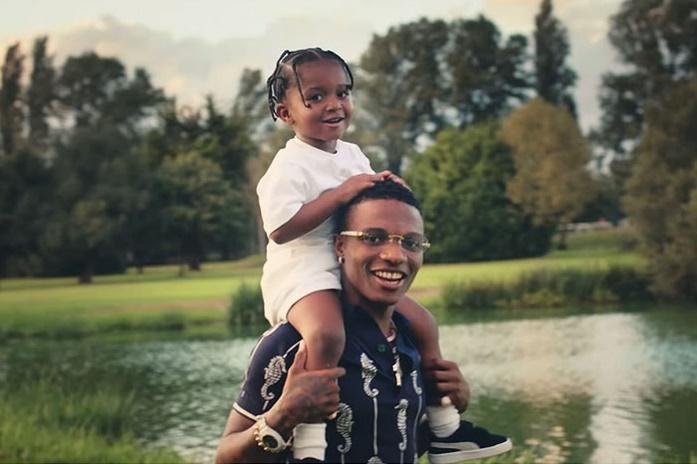 “Smile” with WizKid and H.E.R. in new visual

Nigerian star WizKid is all set to launch his new album Made In Lagos next month, after several delays. He had previously delivered the singles “No Stress” and the H.E.R.-assisted “Smile,” and now, there will be an accompanying visual for the latter.

The track, which was produced by P2J, showcases the collaborators singing regarding introducing positive energy into their respective relationships:

Company creates companions, so right, yeah, yeah baby boo say, I love your smile, girl I love it when you smile, no lie…/”

The colorful video was directed by Meji Alabi, and portrays WizKid outdoors in a park along with his son, and it is juxtaposed with shots of H.E.R. and many other beautiful Black faces in different contexts. As is clear from the song, the ability to smile and create joy for each other makes sure that the entire video is interconnected.

Made In Lagos comes after WizKid’s 2017 major label debut, which was also his third official album- Sounds from the Other Side, featuring 12 tracks and collaborations with Trey Songz, Drake, Major Lazer, Chris Brown, Ty Dolla $ign, and more. In 2011 and 2014, he released Superstar and Ayo, respectively.

WizKid had previously spoken about how he does not intend on being just an African star or success:

“I didn’t start making music to be an African star. I always wanted to be a worldwide musician… Music is a universal language. I always felt there is no soul that would listen to Afrobeats and not fall in love with it — only if you don’t love music, and I don’t know any human being that doesn’t love music.”

Press play on WizKid’s visual for “Smile” below. Made In Lagos drops October 15.