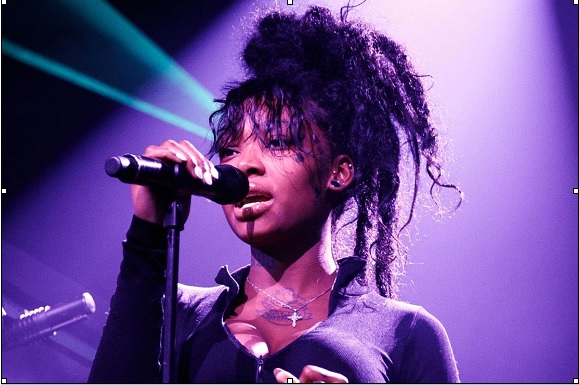 Last month, Summer Walker blessed her fans with the Life On Earth EP, which features 5 new tracks from the chart-topping singer. Last week, the Atlanta star unveiled a new look for the “White Tee” project, a laid-back vibe that sees her and NO1-NOAH setting the expectations of their respective lovers:

Produced by Walker and CrackGod, the sultry cut also comes with a co-directed visual from Ro.lexx that sees the artists having a wild night on the town. Apparently filmed through an old camcorder, shots, twerking, willies, and other libertine activities are in abundance in the clip, with cameos from Smino, Sukihana, and more.
Speaking to Apple Music, Walker explained in more detail the meaning behind the song’s title:

“’White Tee’ is another song featuring NO1-NOAH, and in the chorus he talks about treating someone like a white tee. You know you always wanna keep a white tee fresh and clean, but in my verse, I’m basically saying the opposite.”

Life On Earth follows her well-received studio LP, Over It, which was released last October. That project saw 16 tracks (including two bonus tracks) and features from Drake, Usher, Bryson Tiller, PARTYNEXTDOOR, Jhené Aiko, 6LACK, and A Boogie Wit Da Hoodie. Over It also proved to be a huge success for Walker, earning a number two spot on the Billboard 200 thanks to 134,000 equivalent units of albums sold during its first week of release. In addition to her own big records, Walker also spent this year helping out on singles by Trey Songz, Khalid, Justin Bieber, Rick Ross and 21 Savage.

Watch the steamy and summer vibe below with Summer Walker, NO1-NOAH, and their friends.