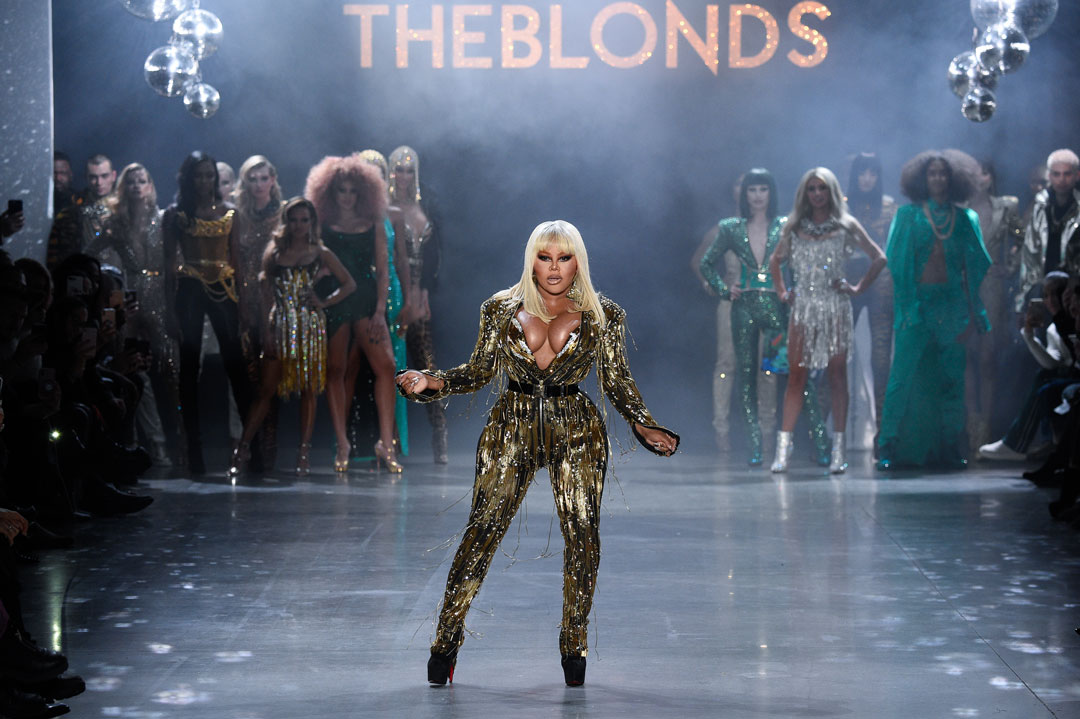 Certain people really inspire my soul and enable me to strive harder for the things I want most out of life. On a cool, brisk Thursday night in Miami, I’m standing on the balcony of my Trésor Ocean View Junior Suite with Lil’ Kim’s “Slippin” track blaring through my SMS Audio wireless speakers. As I transcribe her lyrics in my mind, I gently nod and cosign the truth within the context of her pinpoint delivery. Trust is the most dangerous and valuable commodity in the world. Kimberly Jones has never had a problem speaking the truth and dealing with the aftermath. Before the Grammys, platinum plaques, diva/icon status, Kimberly Denise Jones was expelled from home and running the heartless streets of Brooklyn.

Jones was born in the Bedford-Stuyvesant neighborhood of the New York City borough of Brooklyn, the second child of Linwood Jones and Ruby Jones (now Ruby Jones-Mitchell). She has one older brother named Christopher.

As a child, Jones attended Queen of All Saints Elementary School in Brooklyn. At the age of nine, her parents separated, and Jones was raised by her father, with whom she had a tumultuous relationship.

After being kicked out of her house by her dad, Jones dropped out of high school and alternated between crashing with friends and living on the street.

I changed the track selection to “Quiet” from her Naked Truth album. The beat is pulsating throughout my suite, and I can visualize Lil’ Kim staring into the eyes of her judge without blinking. No fear. Straight Brooklyn! In the early stages of her life, Kim would freestyle with ease and fantasize about having her moment.

I change the track selection again to the song “Durty” and Lil’ Kim starts off saying:

‘Cause from the gate I brrrr-raaa down the door

Like Eddy Murphy, I gave it to you raw

Kim been the first lady since I dropped Hard Core

A lot of these hoes livin’ vicariously through me

‘Stead a doin’ them, they’d rather do me

Why y’all frontin’ you know who the best be?

I’m the reason why the game so sexy

The originator, the trend creator

Bitch, you dun know you haffa respect me

I’m so lit right now from that intro verse! How can you not treasure the words and unapologetic flow of the real Queen Bee? Purely undeniable.

Jones attended Sarah J. Hale Vocational High School for two and a half years. Many of her friends also went there, and she would often skip school to hang out with them.

Since her schoolwork wasn’t being completed, the decision was made to transfer to Brooklyn College Academy to finish her remaining year and a half of school. It was the same school that fellow rappers Nas and Foxy Brown also attended.

While struggling through her personal life, Jones met The Notorious B.I.G. (real name Christopher Wallace), a key figure in both her personal and artistic life, mainly once Wallace had gained popularity and influence relationship with Bad Boy Records.

In the middle of the wolf pack, Lil’ Kim was still the lone wolf, and the world was now taking notice of her gift. After a year with Junior M.A.F.I.A., Jones began a solo career by making guest performances on R&B albums and recording her debut album, Hard Core, released in November 1996. The album debuted at No. 11 on the Billboard 200, the highest debut for a female rap album at that time, and No. 3 on Billboard’s Top R&B Albums, selling 78,000 copies in its first week of release.

The next single, “Crush on You,” reached No. 6 on the Hot 100 and No. 2 on the rap chart. A remix of the album’s track “Not Tonight” saw Jones team up with Missy Elliott, Angie Martinez, Da Brat, and Left Eye of T.L.C. The song was part of the soundtrack to the Martin Lawrence movie Nothing to Lose, nominated for a Grammy Award, and certified platinum. Lil’ Kim is the definition of self-made. On June 27, 2000, she released her second album The Notorious K.I.M. The album marked a new image and revamped look for the rapper.

It debuted at No. 4 on the Billboard 200 and No. 1 on the Hot R&B/Hip-Hop Songs chart, selling 229,000 copies in its first week. It was certified platinum by the R.I.A.A. four weeks after its release. Kimberly Jones survived the sophomore jinx, and her success continued to exceed all public expectations. In 2001, she teamed up with Christina Aguilera, Pink, and Mýa to remake “Lady Marmalade,” which was initially written about a bordello in New Orleans and performed by the group Labelle (which included diva Patti LaBelle) twenty-five years earlier.

The song was recorded for the Moulin Rouge! film soundtrack, released in April 2001, and stayed No. 1 on the Billboard Hot 100 for five weeks. The song also went to No. 1 in fifty countries around the world.

This was a significant accomplishment for female rap and Jones, who scored her first No. 1 Hot 100 hit and became the second solo female rapper in history to hit No. 1 on the Billboard Hot 100 charts. “Lady Marmalade” also garnered Jones her first Grammy Award.

Caliente, blazing, and scorching are just a few adjectives that detail the level of demand and attention Lil’ Kim garnered during the early 2000s. She created an entirely new path for today’s MCs, both female and male, to follow: the freedom of expression in sex and music. Lil’ Kim never allowed anyone or anything to control her visual presentation or audio message to the world. She forced the hand of millions during the Grammys to accept her now-infamous purple pasty, diva/icon Diana Ross issued a physical cosign at that moment on stage.

The sheer influence of her persona is as infectious as the melody in the Dr. Dre track “Nuthin But a G Thang.” Lil’ Kim forced mainstream America to realize that black women can be portrayed as sexy, be sexual role models, run an empire, and not be labeled as shameless or a “hoe.”

I change the track selection for the last time to “Last Day.” An emotional, prophetic, and lyrical masterpiece. Legendary epic rhymes read like this:

Besides God, what the fuck should I fear?

I built my career on blood, sweat and tears

‘Cause what don’t kill me could only help build me

I guess all that dirt just made me more filthy

If being loyal’s a crime, then I’m so guilty

Some came and went but your girl is everlasting

‘Til the day I’m gasping

And niggaz droppin’ tears on my Versace casket

And I’m reunited with Big like, “Nigga, what happened?”

Shit, got drastic, I missed you with a passion

By now they should realize, I’m not the average rap chick

Ain’t nuttin’ they could do now to stop my shine

This is God’s plan, homey, it ain’t mine

But until that day you can’t take away

How they scream my name, how I pimp this game

Critically acclaimed until my last day

Kimberly Denise Jones is pop and hip-hop royalty in every aspect. The “GHOST” of Notorious B.I.G. she is and will always be. Even during her twelve-month incarceration, her rainbow of influence beamed through the walls of the Federal Detention Center in Philadelphia, and even the Brooklyn Bridge smiled at one point. Her infamous G status is certified in every borough in N.Y.C. and the streets are always on standby if anyone wants to rumble with the Bee!

I named this article “The Endless Royal Reign of Lil’ Kim” because on June 9, 2014, at 9:58 a.m., she gave birth to Royal Reign, and the dynasty continues. With her legacy and star on the Hollywood Walk of Fame impending, the birth of Royal Reign ensures the next generation will forever know and understand the Naked Truth of Kimberly Denise Jones.

they only made one.