The Legend of Malik Yoba 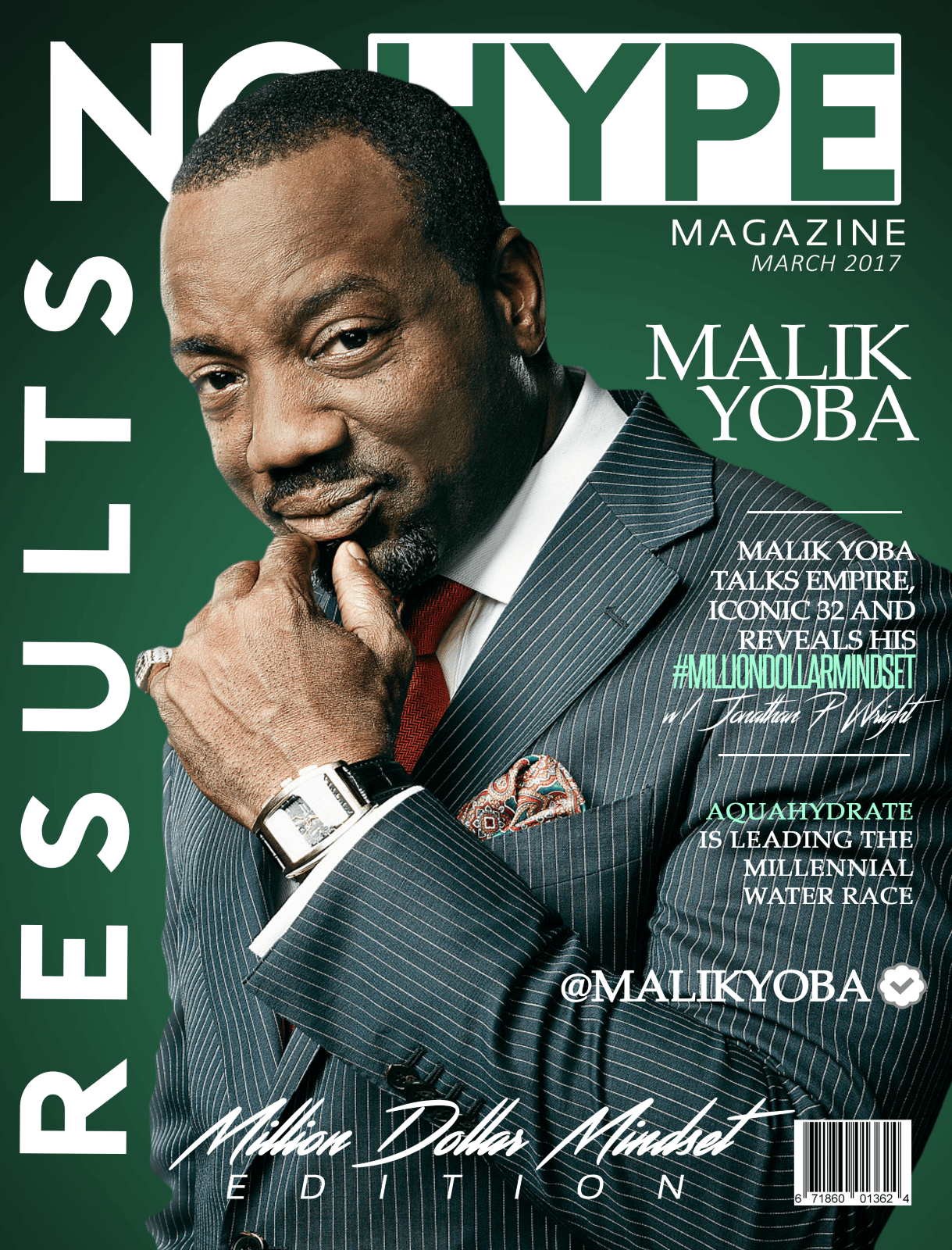 On September 17, 1967, in the crime-ridden and drug-infested ghettoes of the Bronx and Harlem, a gift from God was delivered: Malik Yoba. No silver spoon, white picket fence, house on the hills, or any type of relief during his early years of childhood—the streets of NYC in the 60s and 70s were vicious, and only the strong survived. By the age of fifteen, he had cheated death when a bullet was lodged in his neck. The bullet was removed, and Malik Yoba’s journey was just getting started.

Labeled as a “misunderstood child” during his early years, he possessed unusual compassion for inner-city youths and categorized many as the victims of widely held racial and social misperceptions. Malik Yoba engulfed himself in volunteering, mentoring, and inspiring the lives of the future leaders of tomorrow. Most people are totally unaware that Malik Yoba taught inner-city youths in the areas of acting and music.

Before he launched his illustrious career in Hollywood, the seeds of his success were already being planted within the youths of NYC.

In 1991, Malik Yoba auditioned for the blockbuster comedy movie Cool Runnings. Yoba’s role as a feisty and hot-tempered member of the Jamaican bobsled team was significant and necessary for the chemistry of the film. Movie critics were not convinced and panned the movie as merely average. However, audiences disagreed, and Cool Runnings soared in theaters, exceeding 68 million dollars. Malik’s flight of success took off and never came back down.

Soon, he landed the coveted role of J.C. Williams on the runaway FOX TV series “New York Undercover.” Playing alongside Michael de Lorenzo (as Eddie Torres), the show enabled viewers to see Harlem, crime, NYPD, rap music, and the entire City of New York from a whole different perspective. New York Undercover is one of the most successful TV shows in FOX TV history. The most important factor is its impact on pop and hip-hop culture. Celebrities worldwide craved to be a part of the show.

Everyone from Tyra Banks to Taye Diggs appeared on the show, and fame followed everyone. The show was the perfect balance between real-life issues and Hollywood drama. Viewers connected emotionally with each character, and public reaction was overwhelming. The essence of J.C. Williams was the talk of every local barbershop, beauty salon, and family BBQ everywhere. Malik Yoba and Michael de Lorenzo were the best duos in Hollywood since Earvin “Magic” Johnson and James Worthy. FOX and Malik Yoba were the new sensation on television, and the rose was growing through the concrete jungle. New York Undercover lasted four seasons and wrapped in late June 1998.

At around the same time, Yoba returned to activism with full force, helming a series of interactive lectures for troubled urban youth called “Why Are You on This Planet?” The program combined exercises in reading, writing, art, music, and visualization to teach children self-empowerment and the wisdom of solid decision-making. “Why Are You on This Planet?” qualified as an instant, triumphant success and continued seemingly without end; in the meantime, Yoba perpetuated his dramatic efforts as well, with contributions to innumerable motion pictures. In addition, he gave a pair of small, impressive performances in two very different 1997 indie dramas—first as Detective Carson in James Mangold’s all-star New Jersey policier Cop Land (1997), then as a studio engineer in George Tillman Jr.’s ensemble comedy-drama Soul Food, alongside Vivica A. Fox and Vanessa L. Williams.

From 2011 to 2012, Yoba appeared as former FBI Special Agent Bill Harken on “Alphas,” a science fiction drama series about a team of people with special abilities who belong to a secret department attached to the DOD. In 2013, Yoba joined the cast of “Revolution” as Jim Hudson, a former captain of the Monroe Republic. In 2015, Malik Yoba made history alongside FOX once more as he was cast as Vernon Turner, Lucious Lyon’s business partner and chairman of Empire Entertainment in “Empire.”

Yoba’s role is dynamic, challenging, inspiring, dark, and vintage Hollywood showmanship. Being the unsung hero of the Lucious Lyon Empire is a very intricate role and the perfect balance between obedience and power. When you watch Malik Yoba on the screen, you can hear, see, and feel his journey in every scene. Malik brings you directly into the moment, and he always leaves his audience wanting more. When you think of the impact of Malik Yoba not just in Hollywood but on the inner-city youths of NYC, the reflection of his power shines brightest.