Tupac’s Love Letters to be Auctioned off with the Notorious B.I.G.’s crown 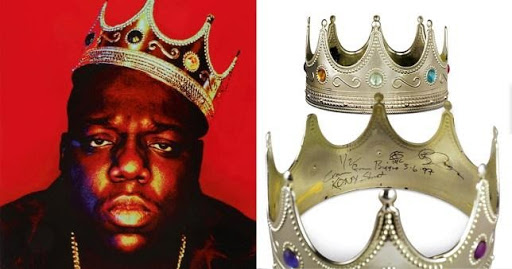 Tupac’s Love Letters to be Auctioned off with the Notorious B.I.G.’s crown

Next month, several hip hop treasures, including the Notorious B.I.G.’s crown, Tupac’s love letters and other hip hop treasures will go up for auction. The artifacts along with 120 other items, are listed in an auction at Sotheby’s in New York, and are to be sold to celebrate the history and cultural impact of hip hop.

“Since its birth in the Bronx in the 1970’s, hip hop has become a global cultural force, whose massive influence continues to shape all realms of culture — music, fashion, design, art, film, social attitudes, language and more,” Sotheby’s Books & Manuscripts Department Vice President and Senior Specialist Cassandra Hatton said in a statement.

“This sale is a celebration of the origins and early eras of that influence,” she added. “We are pleased to announce the auction with two renowned and beloved icons whose lives and lyricism continue to resonate—Biggie and Tupac—with lots that offer an introspective look, in their own way, at the personalities behind their respective public personas.”

The crown of Biggie was depicted in his famous K.O.N.Y. (King Of New York) portraits, which were clicked by Barron Claiborne, three days prior to his death. According to Complex, the crown was offered up for auction by Claiborne, along with three special-size prints of rapper K.O.N.Y’s 10th anniversary portrait and contact sheet. It is estimated that all three items would be worth anywhere between $ 200,000 and $ 300,000.

The collection also includes 22 of Tupac’s love letters that were penned down by the rapper at the age of 16. The letters were written by the West Coast legend and addressed to Kathy Low, his high school sweetheart, who was a student at the Baltimore School for the Arts along with Tupac. It is predicted that the letters could be sold for $60,000 to $80,000.

The auction will not only include Tupac and Biggie artifacts, but also other hip hop memorabilia items and gems including pictures, jewels, luxury goods, brochures and posters, artwork and more.

A portion of the proceeds will go to the Queens Public Library Foundation’s hip-hop and Building Beats programs, wherein educational programs are offered for underserved youth, who are taught business, technology, music, and leadership skills. The auction is scheduled for September 15.

Yo both of these Kings are legends #foreverkings