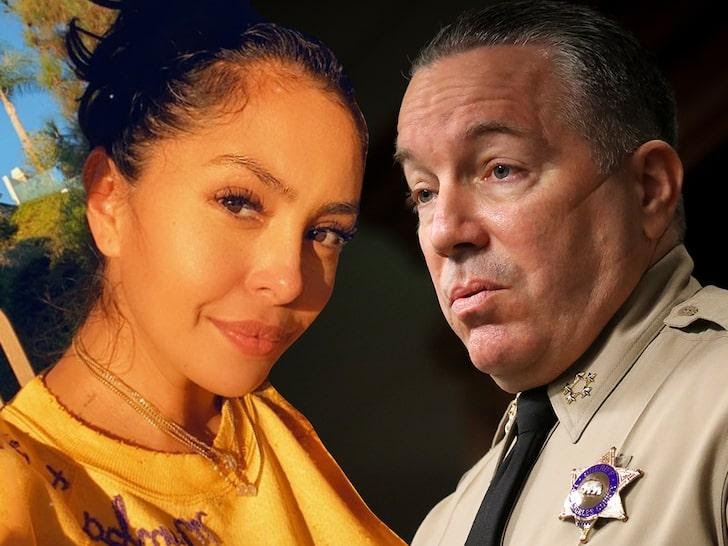 L.A. County Sheriff and his department are being sued by Vanessa Bryant, as she claims that she suffered severe emotional distress because of them. These claims are related to her allegations of the deputies taking personal cellphone photos of the bodies of Kobe and Gigi Bryant at the scene of the fatal helicopter crash.

The lawsuit stated that “no fewer than 8 sheriff’s deputies at the crash site, pulled out their personal cell phones and snapped photos of the dead children, parents and coaches. The deputies took these photos for their own personal gratification.”

The lawsuit alleges that the photos were the subject of conversation within the sheriff’s dept, as the deputies showed the pictures to their colleagues though it served no investigative purpose.

In the lawsuit, it was noted how the photos were exposed. For instance, a deputy showed the pictures to a woman he was trying to impress at a bar and the bartender overheard the conversation and called the sheriff’s department to blow the whistle.

Vanessa stated that Sheriff Villanueva then attempted to cover the whole issue up by going to the Sheriff’s substation, which responded right after the crash and informed the deputies that upon deleting the photos, they would not face discipline. The suit also claims that it was destruction of evidence.  Moreover, Villanueva allegedly did not inform the families about the pictures and they found out through media coverage.

The lawsuit finally claims that the Sheriff was not straightforward with the family and Vanessa is now constantly worried that the photos will be leaked … “Ms. Bryant feels ill at the thought of strangers gawking at images of her deceased husband and child, and she lives in fear that she or her children will one day confront horrific images of their loved ones online.”

Unspecified damages, including punitive damages, are being sought in the lawsuit.