“We are terrified,” LeBron James Responds to Jacob Blake’s Shooting 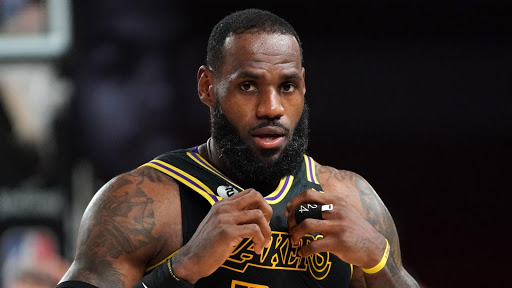 “We are terrified,” LeBron James Responds to Jacob Blake’s Shooting

Yesterday, LeBron James addressed the police shooting of Jacob Blake, 29, a Black man and father of three, at a press conference. He was shot by police officers in Kenosha, Wisconsin. Blake is currently in an intensive care unit, recovering from surgery. The police officers who were involved in the shooting are now on administrative leave.

Initially, James took to Twitter to respond to the video of Blake being shot.

“And y’all wonder why we say what we say about the Police!! Someone please tell me WTF is this???!!!. Exactly another black man being targeted,” the ace basketballer had written. “This sh*t is so wrong and so sad!! Feel so sorry for him, his family and OUR PEOPLE!! We want JUSTICE.”

He further spoke about the issue at the press conference, questioning why police offers did not attempt to deescalate the issue with Blake.

“And if that video was not being taken by someone across the street, do we even know if we’d ever see that video?” he asked. “There’s talks that the cops didn’t even have their body cams on. That’s a possibility.”

“We see it over, and over, and over. If you watch the video, there was multiple moments where they could have tackled him,” James stated in the press conference. “They could’ve grabbed him. They could have done that. Why does it always have to get to a point where we see the guns firing? And his family’s there; the kids are there. It’s in broad daylight.”

James has been a strong proponent of the Black Lives Matter movement and has used his position to initiate a discourse about racial inequality and police brutality. Veru recently, he vehemently sought justice for Breonna Taylor, Na’Kia Crawford and worked against voter oppression.

In the candid press conference, he said: “Quite frankly, it’s just fu*ked up. I know people get tired of hearing me say it, but we are scared — as Black people in America. Black men, Black women, Black kids. We are terrified, ‘cause you don’t know. You have no idea how that cop, that day, left the house.”

“That’s what it feels like. It hurts,” James said, as he became emotional while addressing this issue that is so close to his heart. “And it’s just through the grace of God that he’s still living.”