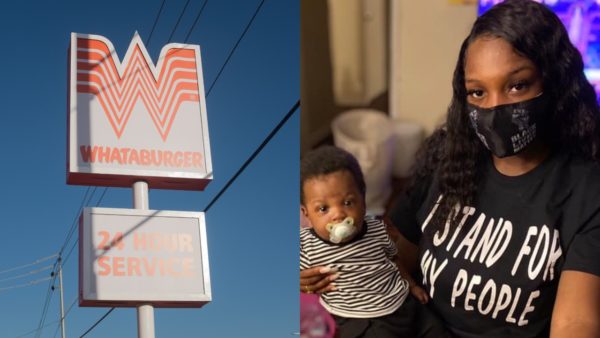 The supervisor says Whataburger wouldn’t like to “get into anything political.”

A representative at a Fort Worth, Texas Whataburger says she was terminated on Tuesday (Aug. 4) for wearing a veil with the words “People of color Matter” composed on it.

Makiya Congious recorded the discussion that occurred with her supervisor. “Whataburger wants you to wear a mask that has no opinions whatsoever on them,” the manager said. “You’re entitled to your personal opinions, that’s fine. But at Whataburger, we don’t want to portray them because some people may be offended. This is a big business. … Whataburger doesn’t want to get into anything political because we’re just hamburgers and fries.”

On a similar audio recording, another worker was heard griping about being called the N-word by a customer. The worker stated, “That’s why my life matters.”

After a white client complained, that is the point at which she was disciplined for the mask, which she had likewise worn the Friday before the incident without any issues. “If you can walk around the whole town with your mask on, why does it matter? It’s something of meaning to us,” Congious said.

Congious said she remained at the restaurant to get an explanation about the mask policy and her two-week notification. The management team at that point called the police since she would not leave.

As per a representative, “Officials made the scene and talked with the female ex-worker who expressed that all she needed was the number to corporate to document a grievance. Ex-worker was given number by the director and afterward left scene without occurrence.”

On Wednesday (Aug. 5), Whataburger delivered an announcement with respect to the episode. “Whataburger supports racial equality,” the statement said. “This is simply a matter of enforcing our uniform policy. Whataburger employees are provided company-issued masks that comply with our policy and adhere to CDC and local government guidance.”

Individuals have composed protests at the Whataburger restaurant. A few people have additionally put in huge orders and left without getting the food or paying.