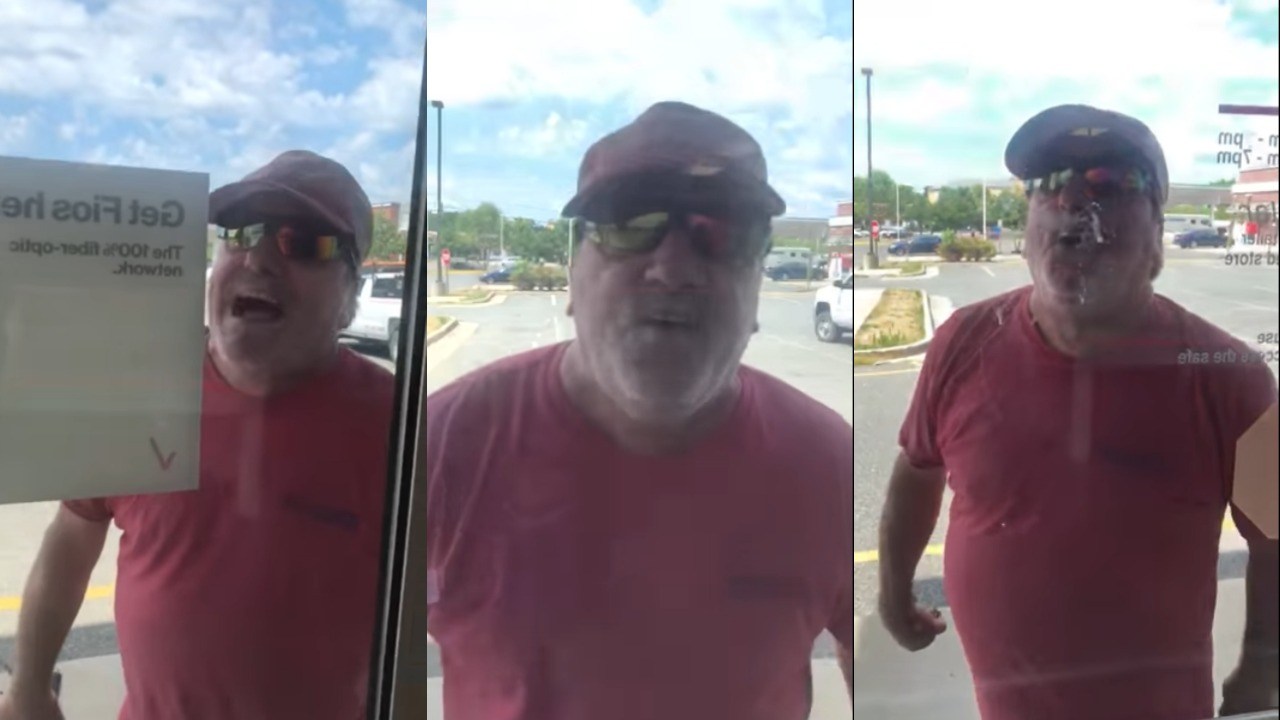 “This is the privilege of being Caucasian,” one viewer wrote.

Prior this month, a white man from Virginia was arrested after he was discovered hollering racial slurs at two Black Verizon workers.

As indicated by TMZ, the man being referred to, Robert Colonna, was purportedly disturbed on the grounds that he bought a costly telephone from the store that was not working appropriately. A couple of days after the episode, Perell Wright, one of the representatives, shared a video of the events that occurred on Facebook. The staff member part claimed that the client assaulted him while he was helping another customer.

“[Colonna] assaulted me before entering the store, throwing phones inside the store, picking them up, leaving the store [and] claiming he had something else for us,” he wrote.

“He used racial slurs and spit at me. I know his name is Robert,” the caption continued. “Robert initially pulled up to the store in a company truck making a hard stop in front of the store before jumping out and assaulting me while I was holding the door for elderly man.”

In the video, Colonna spat on the entryway and continued to call Wright a “f**king n***er.” After the recording got more than 1,000 views on Facebook, numerous individuals communicated their dissatisfaction with the client’s conduct.

“If this would have been a man of color the police would have exited their vehicle guns drawn, yelling get on the ground,” one viewer wrote. “This is the privilege of being Caucasian.”

Another additional, “Dude, I’m very sorry that you had to go through this. And by this, I mean the psychotic guy and the cop that treated him as if he were a sane choir boy. To me, the latter was worse than the former as I know how this would have turned out if there were no cameras. He wouldn’t have been charged at all.”