With Lil Wayne, Juelz Santana, and more, Jim Jones releases a new video for “We Set The Trends” 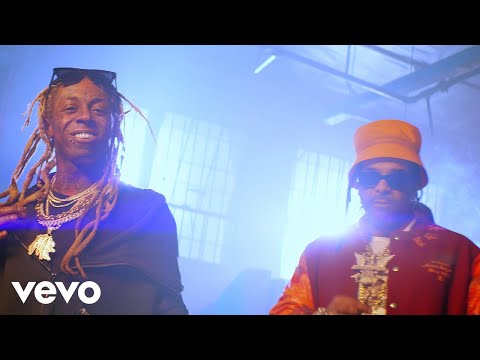 Recently, Jim Jones released a remix to his hit single “We Set the Trends” featuring the Migos. The remix features additional contributions by Juelz Santana, DJ Khaled, and Lil Wayne, who immediately walked away with one of the best verses of his career:

In the present day, the Bordeaux, Non-Native, Kajun Waters, Manso, and Deroux-produced remix has been given an official visual presentation by Denity, Shula the Don, Will C., and Jones himself. As the clip progresses, the collaborators catch vibes from what seems like a warehouse that is full of high-end cars and eye candy galore. You’re now looking at a video that’s sure to earn you more than a few repeats once you add some dope effects.

As stated earlier, Jim Jones collaborated with DJ Drama on the Gangsta Grillz mixtape We Set the Trends, which was released in January. There were 25 tracks on the mixtape, as well as guest appearances from Pressa, Dave East,Fivio Foreign, Maino, Icewear Vezzo, Peezy, Doe Boy, Rah Swish, Dave East, Giggs, and more. Earlier this year, Dipset’s more prolific leader started off his stellar run with El Capo in 2019, followed by his deluxe upgrade in 2020. On December 20, 2021, he collaborated with Harry Fraud for The Fraud Department, an 11-song collection that included support from Belly, French Montana, Trav, Curren$y, Big Body Bes, Jay Worthy, to name just a few.