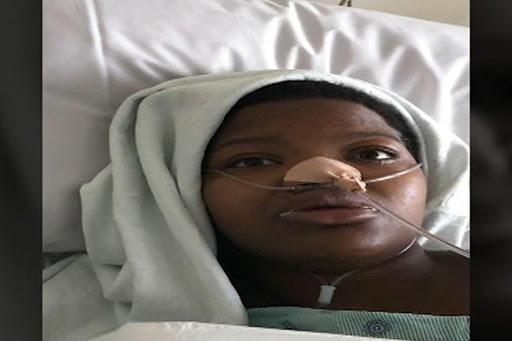 Recently, a Black woman’s boyfriend was fatally shot by a Waukegan, Illinois police officer. She has now spoken from her hospital bed, where she is recovering from the said shooting.

Tafara Williams wants answers as her 19-year-old boyfriend, Marcellis Stinnette, was killed by a police officer on Tuesday night (Oct. 20), when the couple was just sitting in their vehicle. Currently, Williams is hospitalized, as she sustained serious injuries on her stomach and her hand.

Waukegan Police Commander Edgar Navarro stated that the officer approached a “suspicious” vehicle. When he was conducting his investigation, the car fled and later, another cop found it and approached the vehicle.

“A second officer located the vehicle in the area of MLK and South Street,” he said. “The officer exited the vehicle and the vehicle that he was investigating then began to reverse. The officer fired into the vehicle.” According to the Hispanic officer who shot the vehicle, he was “in fear for his safety” although the couple did not possess weapons.

I hope she gets the answers she’s looking for.

I wonder why we rarely hear of white men being gunned down by police officers. Or why don’t we see them getting brutalized. I don’t want it to happen to anyone but sheesh.