Young Dolph to have a street named after him in hometown 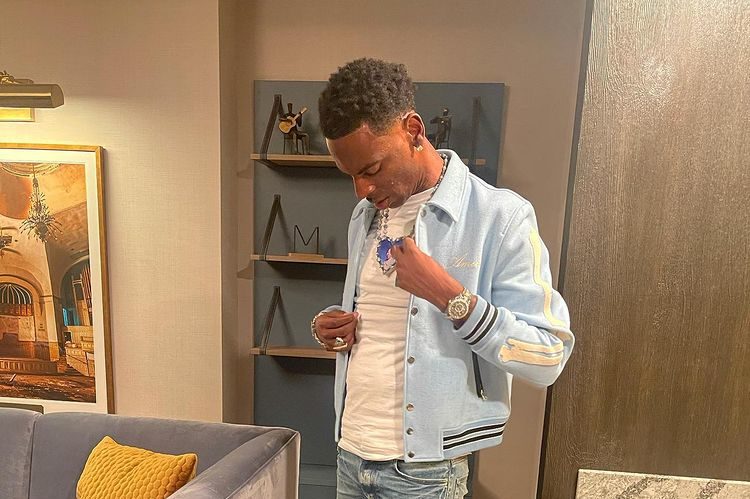 Maintaining the legacy of Young Dolph will continue through a street in his hometown of Memphis, Tennessee. According to Councilman, J.B. Smiley city’s plans to celebrate Dolph’s life by having a street named after him.

Planning for the street naming is on course with a dedication ceremony set for Castalia Heights, his old neighborhood. Growing up in Memphis, Young Dolph always gave back to the city. During a stopover at Makeda’s Cookies to purchase some goods, he was shot dead.

According to local business owner accounts, Dolph was shot and killed by men who drove up to the storefront and range fire.

Following his death, honoring of the emcee continued for several days.

During the funeral, the rapper’s loved one’s came together to say their last goodbyes during the private funeral service at Calvary Cemetery.

Following the approval of his family, Young Dolph will have a Memphis street named after him, and his legacy will live forever in his native city.

Giving this honor in the Castalia Heights community will celebrate his contributions and give back.

Adding to remembering him, the street dedication continues to serve as a remembrance for the people of his community, of someone who made themselves a relatable example of hard work and perseverance.

Celebrating the dedication of the street, his family said,” Countries and communities all over the world have been honoring his life with murals and dedications, which our family receives warmly, and these public acts of love.

Concluding their statement, the family asked how much more meaningful it would be to have his very own hometown do the same.”

Dedicating the street is on December 15 at 1:00 pm at Dunn Avenue and Airways Boulevard near the Memphis Depot Industrial Park. Following the day after the dedication on December 16, there will be a public memorial for this legend.