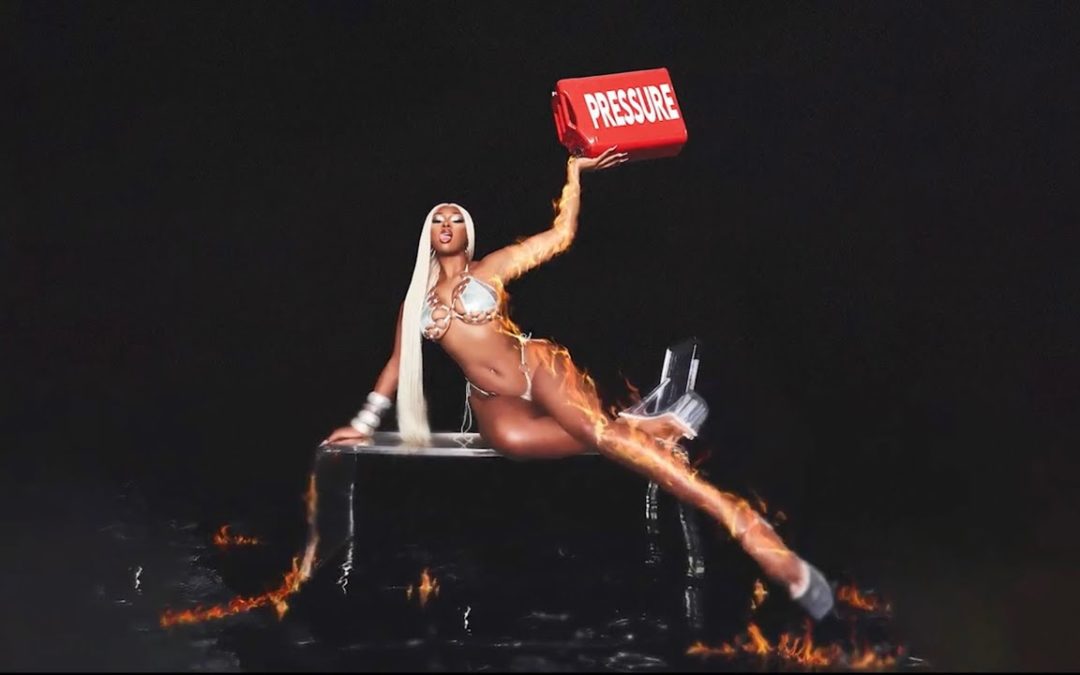 Future has been recruited for Megan Thee Stallion’s “Pressurelicious” recording

There has been an influx of releases from the Houston talent since then, including the mixtape Something For The Hotties, as well as loose cuts such as “Sweetest Pie” and “Plan B.” Other songs she has appeared on include Ariana Grande “34+35 (Remix),” Lil Nas X “DOLLA SIGN SLIME,” Juicy J “SHE GON POP IT,” Maroon 5 “Beautiful Mistakes,” Lil Baby “On Me (Remix),” Bankroll Freddie “Pop It,” DJ Khaled “I DID IT,” DJ Snake “SG,” and Shenseea “Lick.”

A new single from Megan Thee Stallion, “Pressurelicious,” has arrived (July 21), featuring Future and the kind of confident, adult-themed topic matter that these two are known for (“I am stomping on hoes so hard, I’m knocking them out like Mario tokens”). The track is expected to dominate both the radio airwaves and club dance floors as with previous releases.

The VR music tour “Enter Thee Hottieverse,” created in collaboration with AmazeVR, has been in theaters for several months. Quest 2 headsets were used for the virtual event, which allowed attendees to watch Megan perform in real time. Additionally, they had the opportunity to enjoy Megan’s music videos and interact with other local fans. If you are interested in participating in the futuristic event in your area, you can find upcoming dates here.