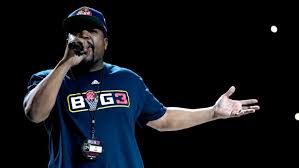 The N.W.A. co-founder wrote a powerful opinion piece article, joined by his “Contract with Black America.”

Ice Cube called for orderly change in his new The Hill opinion piece article, joined by his proposed “Contract with Black America.” As the U.S. heads into the presidential political election this fall, the N.W.A. co-founder requests that legislators address racial disparities inside the banking and financial enterprises, criminal justice system, policing, education and Hollywood and spread out a framework for reparations.

“As a writer, rapper and producer, I have called out police brutality and other injustices for decades. I have been censored, smeared, slammed and had my life threatened for my work — for speaking the truth,” Ice Cube writes in his op-ed. “The exploitation, oppression and erosion of Black people and culture has gone on too long. This country needs a second Reconstruction to address systemic inequalities, rooted in a Contract with Black America that I and others are proposing.”

“We need the opportunity that comes from banking and finance reforms to help close the gap where a typical white family’s net worth is nearly ten times than that of a black family,” he writes. “Although ‘redlining’ is now illegal, black applicants are rejected for mortgages and other types of loans at more than double the rate of white applicants. When they do get approved, they must pay higher rates to borrow.”

“We need criminal justice reforms that include eliminating mandatory minimum sentences and ‘three strikes’ laws,” the article continues. “Both contribute to black Americans being 33 percent of U.S. inmates although we are 13 percent of the population. Privately run prisons should be banned and prisoner labor without consent — a form of slavery — outlawed.”

In the wake of George Floyd’s demise, Ice Cube has kept on pointing out police change, reparations, disparity inside Hollywood and different territories of unfairness. Read his full “Contract with Black America,” with written contribution from Ohio State University Professor Derrick Hamilton and The New School Professor Henry Cohen

The fact that we are 33 percent of the inmate population but only 13% of the worlds population bothers me. I look forward to better days and equality.